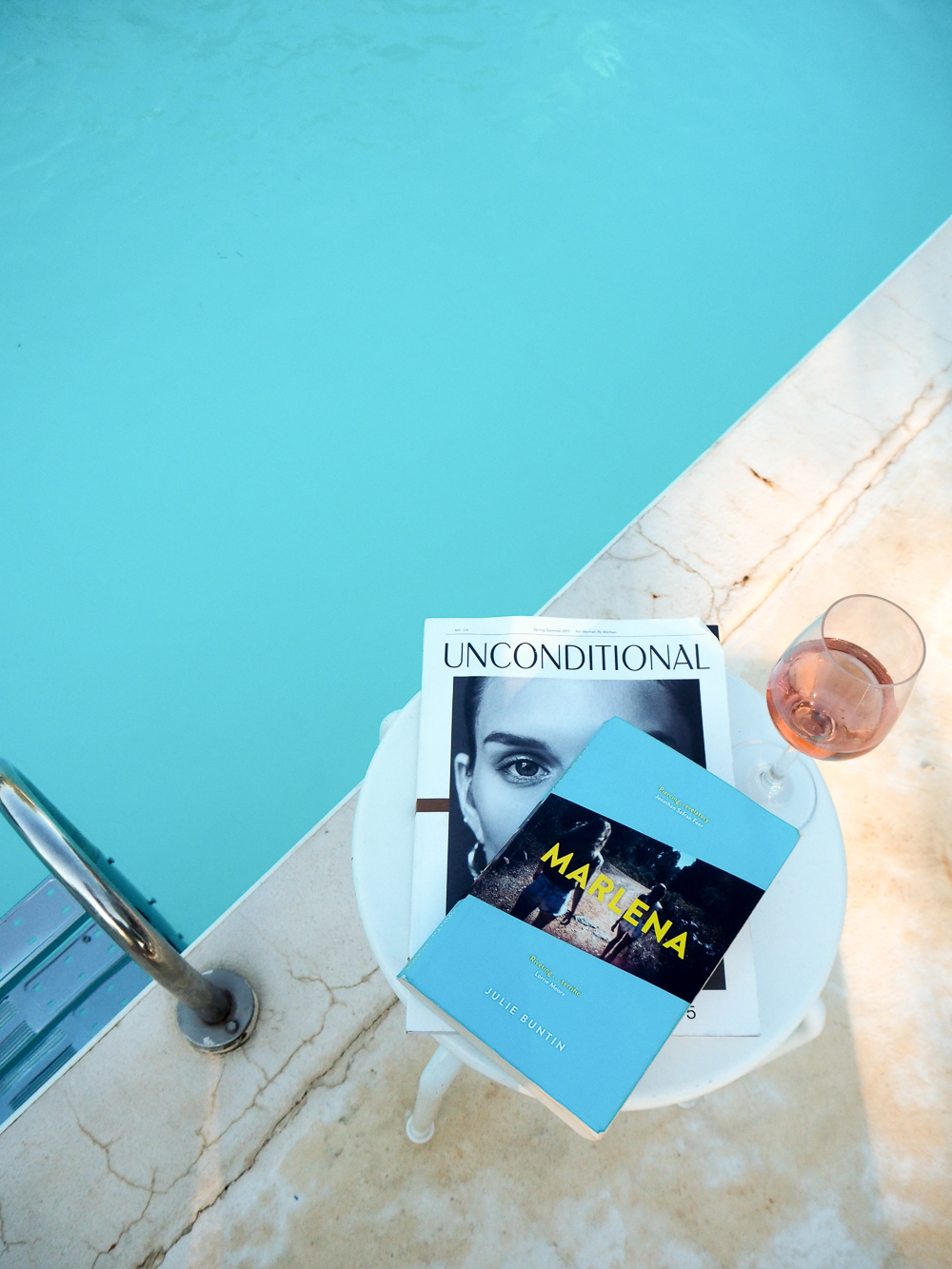 Life right now is, to put it bluntly, mental.

Work, work, more work and a whole lot of life messiness in between, I’ve barely had time to read a menu let alone a book. So looking back to those halcyon days in July and August when I could lose myself in a book for about 8 hours a day feels very bittersweet right now. Case in point, Marlena by Julie Buntin, which I devoured in Italy back in July and have been waiting to share with guys as part of book club.

It was actually another reader who put this book on my radar (thank you!) and I happened upon it in WH Smith not long after. Typical, cynical me was suspicious of its ‘Girls gone wild’ narrative to start with but pretty quickly, I was totally enthralled and haunted by the story of Cat and Marlene’s whirlwind friendship. Set in rural Michigan, this is a story of poverty, abandonment, addiction, loss and that intoxicating female bond of friendship that’s exclusive to adolescence. I was fearful this would be like a literary version of the film ‘Thirteen’, which don’t get me wrong I loved when it came out, but these days narratives like those can feel fairly soulless. Thankfully, Marlena was anything but and I really felt every inch of Cat’s self-conscious journey from try-hard lost girl to the guiding light of the pair’s doomed friendship.

It’s no secret Marlena, the title friend of the book, dies (it says it on the back of the book). Wrapped up in a circle of neglect, Meth, pills and extortion, her eventual demise isn’t catatonic and dramatic; it’s tragic in it’s quiet and isolation. Isn’t that way it almost always goes? Aside from Cat’s virile, often-absent mother, the majority of the other characters are male which really highlighted Cat and Marlena’s vulnerable femininity amidst the otherwise testosterone-fuelled Michigan community. Aside from the rollercoaster ride of their friendship, a lot of the novel is devoted to the narrator’s (Cat) sense of loss and personal battle with addiction, alcohol in her case. It could easily have ended up feeling melodramatic or wallow-y (yes I know that’s not a word), but Buntin manages to toe the line perfectly and convey rather than describe every feeling of emptiness, guilt and ultimately, redemption.

This was a real surprise hit for me. I started it tentatively and ended up totally wrapped up in it all. Although be warned, it’s one of those books that leaves you feeling very low at the end despite moments of hope and redemption. Not exactly a feel-good read but impactful and introspective none-the-less.

Let me know below how you got on with the book and what else you’ve been reading lately?