Book Club | Everything I Never Told You by Celeste Ng 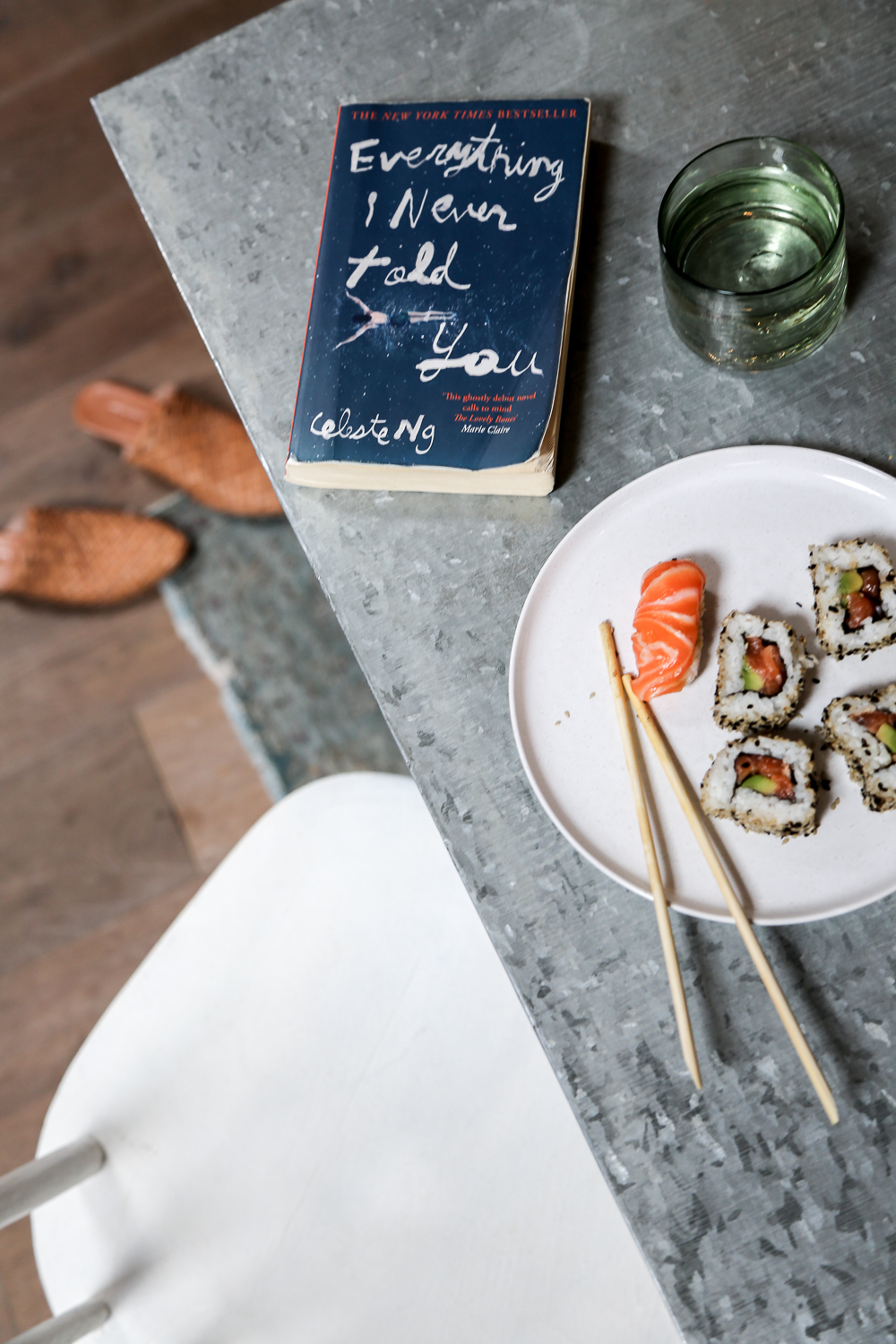 Life right now is, to put it bluntly, mental.

Work, work, more work and a whole lot of life admin in between, I’ve barely had time to read a menu let alone a book. So looking back to those halcyon days in July and August when I could lose myself in a book for about 8 hours a day feels very bittersweet right now. Case in point, Everything I Never Told You by Celeste Ng, which I devoured in Italy over a month ago and have been waiting to share with guys as part of book club.

I adored this book. Totally and utterly adored it. The back of it and the name of it, kind of imply it’s going to be some kind of Gone Girl murder mystery but rest assured it is not. The cover of the book immediately makes you aware that 16 year old Lydia’s body is found in a lake so there is an element of ‘whodunnit’ implied, but the book quickly makes you aware this is no crime thriller. There are plenty of questions and Ng (pronounced ‘Ing’) leaves nothing unanswered by slowly unravelling this seemingly ‘perfect’ family and decoding the intricacies of family’s past and present and how they impact our future generations.

Lydia’s father was the son of first-generation Chinese immigrants, while her caucasian, all-American mother was the daughter of a wannabe Fanny Craddock who wanted nothing more for her daughter than to marry a rich, white man and be done with her ambitious science studies.The impact of both these legacies shape Lydia’s parents as humans, inform their marriage and how they raise there children. Then there is Jack, the mysterious bad boy who Lydia’s brother is positive has something to do with Lydia’s death. The book is set in the 1970s which is key for understanding a lot of the silences and pressures felt. Feelings of otherness, from everyone else, from your spouse and from your community, familial pressures and sibling love and rivalry are all impressed upon you with a writing style that is graceful and minimal it touched me more than any heavy handed prose ever has.

I really love novels like this. Ng’s writing is so concise is a glorious way; every word written matters and is needed, perfectly placed to make you feel every little thing. The story is tragic and as each character’s narrative plays out, the tragedy only heightens as we realise each character’s actions are both governed by forces outside of themselves and the ripple effect of these actions can’t be contained. It really made me thing about what it is to be a parent and how none of us are blank slates when we procreate and what that means for our children and their children. I only wished Ng could keep going backwards and forwards, detailing the lives of James and Marilyn’s parents and parents parents to further paint a picture the familial ties.

Just like Jonathan Franzen’s fictitious looks at the stoicism and repression alive and kicking within families of his native middle class Mid Western home, Ng’s depictions of being Chinese, Chinese-American or indeed just being a woman, in a predominantly white, patriarchal, suburban neighbourhood tell us a story of America fifty years ago, rather than just the family as it’s own entity. The trials and tribulations of ‘otherness’ in modern history are well-documented but each and every one is valuable at reminding us today to not take our place in society or the opportunities available to us for granted.

Anyway, I could go on and on about how much I got wrapped up in the book. I read it in a day and granted I was on holiday, but it really felt so easy to immerse yourself in quickly. I hope some of you managed to read it this month? I know summer can be tricky for reading for some people as it’s such a busy time of year so if you haven’t read it already, do try and pick this one up in the future.

As always, please please put any thoughts or feeling towards this book in the comments so there is a conversation about the book rather than me just spouting what I thought!

Next month, we’ll be doing Marlena by Julie Buntin which again, really surprised me at how much I enjoyed it and how quickly I got wrapped up in it. Get it here (I did just find mine in a WH Smith in an airport too just FYI so keep your eyes peeled if you’re travelling).