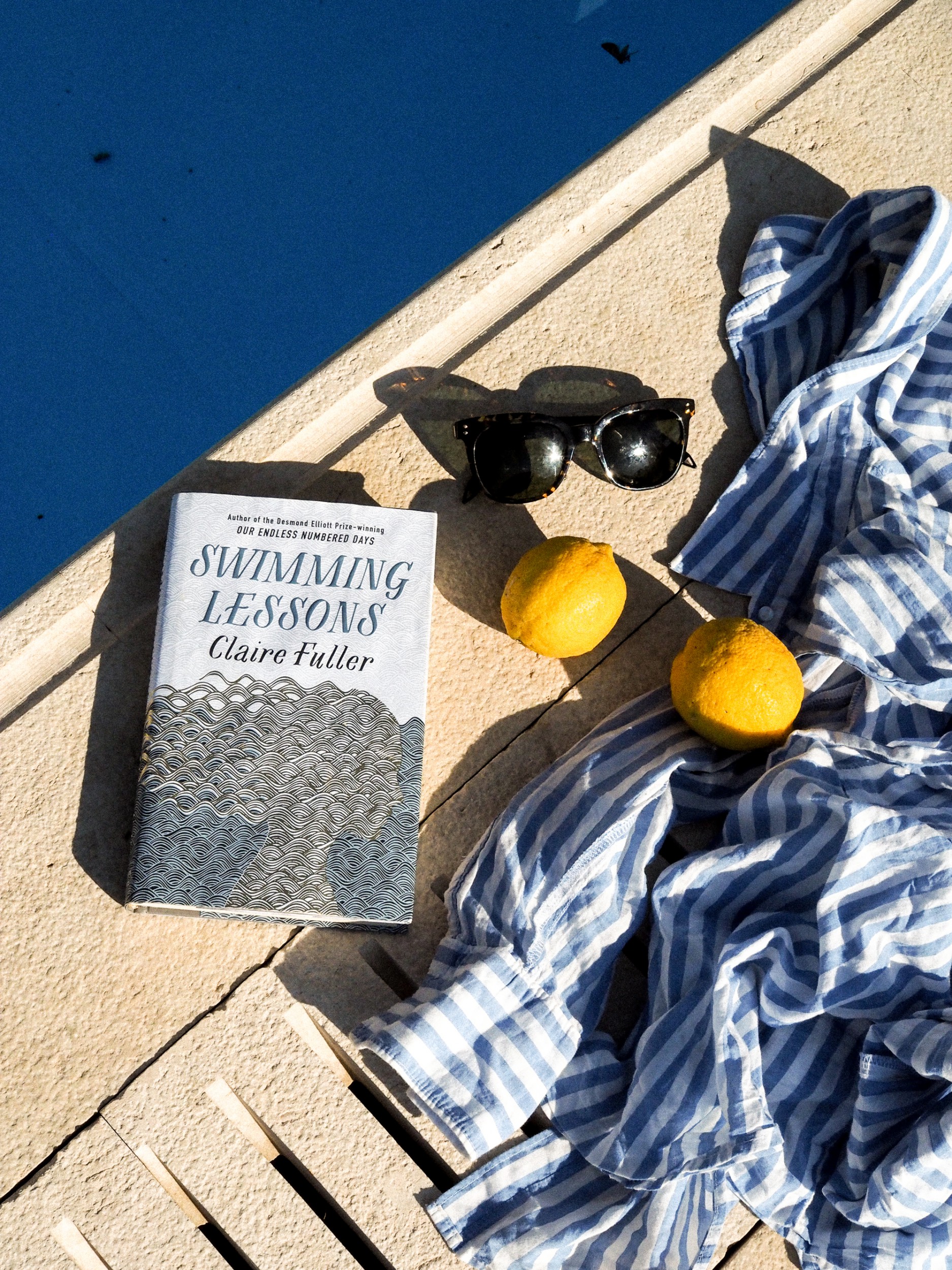 Finally time for the FMN Book Club to resume (hurrah!), reviewing Claire Fuller’s Swimming Lessons and announcing the next read which just FYI, I’m 100 pages in and in love with it….

I have a bit of an annoying habit of reading a bestselling authors second novel… Fullers’ debut ‘Our Endless Numbered Days’ is still on my ‘to read’ list and cemented her as a writer of serious lyrical prowess, with the press loving her ability to weave fairytale-like elements into contemporary tales of love, loss and family. Swimming Lessons was no different… The back cover blurb reminded me of Where’d You Go Bernadette, another book I love, so I was immediately intrigued by the concept of a mother going missing and then turning up again decades later. While the tone is totally different from Semple’s Bernadette, Swimming Lessons similarly breaks down what goes on behind the surface and what could make a mother leave her family.

On a surface level, I loved the imagery of the Cornish village and coastline, the ramshackle swimming pavilion they called home and the eccentric, ailing father. Flora’s memories of childhood and Ingrid’s depictions of parties and poverty were kind of spell-binding to me. Fantastical scenes such as the raining mackerel and taking the cockerel out into a rowing boat to search for lost souls at sea, were weird and brilliant all at once. I loved these tiny touches that gave representation to much bigger things like when Flora finally meets her half brother and he agrees ‘maybe it was an omen’ whereas everyone else dismissed her claims of raining fish, you can sense their relationship will be a positive one. I found the way it was written super easy and engaging to flow through, so much so I pretty much devoured the book in a day.  Ingrid’s letters to her husband, outlining the many wrongs he did her over the years were my favourite part, so much so I almost forgot at times about the present day saga. It’s a tale as old as time; girl meets older man, falls in love, gives up her dreams despite everyone telling her not to, he treats her badly and a life full of regret and resentment follows. And yet to me, it was no less engaging. As you can tell from my affection for Fates & Furies and other greats like Freedom by Jonathan Franzen, I love novels that pick apart the outside appearance of relationships, both to outsiders and to each other. Although of course here, we never got to hear Gil’s side of things here, his only representation came through Flora’s benevolent view of him. You couldn’t help but know the author was on Ingrid’s side in this one….

It was kind of heart-breaking seeing Flora’s devotion to her father mirrored with the depiction of him by her mother’s long lost letters, made even more tragic by his subsequent obsession with hoarding old books in an attempt to find all his wife’s letters in a bid to piece together the clues for what happened to her. The fire really shocked me and made me viciously angry at the selfishness of Flora’s father once again. But you couldn’t help but pity him either; his desperation to make sure his daughters never read the letters his late (?) wife wrote and desire to never be a burden drove him to such extreme measures. The swimming pavilion had come to feel sentimental to me by that point, just like the dress of her mother’s Flora wouldn’t let go of, it was kind of heart-breaking seeing all those memories go up in flames.

I had mixed views about the epilogue. To me, I somehow would have preferred a mystery as to whether Ingrid was alive or not. But then, is that even her in the epilogue? Or is it Flora? Or just Ingrid years ago? I still can’t decide if I thought she was alive or dead…But I think that’s only half the story really. The real story is the story behind why she even wanted to disappear/take her last ever swim. What did you guys make of it? Did you like Ingrid and Flora? Do you think it was Ingrid returning at the end? Let me know all your thoughts, big and small…. As always, that’s the whole point of this book club so take five minutes and get those thoughts down in the comments.

The next read is going to be a good one I reckon…. I’m just getting into The Most Dangerous Place on Earth by Lindsay Lee Johnson and loving it. It’s set in the high school of a wealthy San Francisco suburb; think Less Than Zero meets Thirteen Reasons Why. It’s coming of age plus multiple narratives; my two favourite things. Have a good feeling about this one….