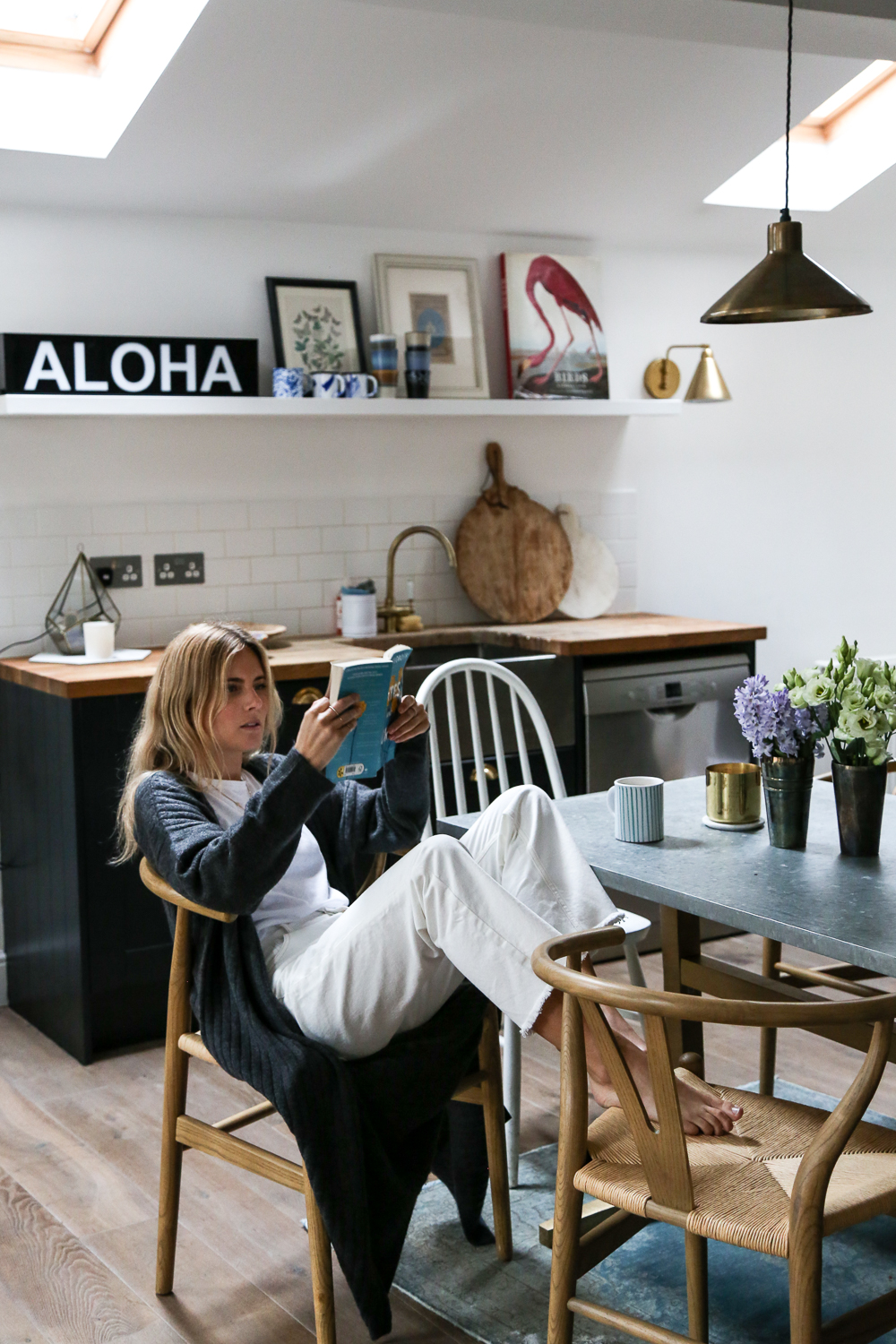 Have you all finished Sweet Bitter? Hope so, because it’s time to review and move onto to the next book. And I’m really excited for this one….

But first things first, let’s talk Sweet Bitter by Stephanie Danler. I could sense from the comments on instagram and from chatting to people about this book, it had a really mixed reception which I actually love. It’s so much more interesting when some people love a book and some people hate it I think as it actually provides lots to talk about if you ask me.

I had a funny reaction to Sweet Bitter which is why I was super keen to hear what you guys think. Firstly, I couldn’t put it down… I was totally and utterly hooked and absorbed in Tess’s new and intoxicating life in the restless and relentless New York restaurant scene. At times, the writing and dialogue particularly irritated me as it just felt quite melodramatic and self-consciously ‘cool’ but when I actually got into it, I realised that in a way, that was perfectly reflective of a 22 year-old’s narcissism and the rollercoaster of feelings that go hand-in-hand with a new city, new job, new life. I thought the writing also really reflected the spirit of life behind the scenes in the restaurant too; I especially loved the poetic snippets of conversation that floated up from the busy restaurant floors that pieced together to form conversations and stories.  The whole book made me feel hungry, dirty and hungover in equal measure. I wanted to drink wine, eat figs and truffle, take a shower, down a gallon of water and go to bed all at the same time. The destructive hedonism of the whole book was gripping but also kind of claustrophobic for an introvert like me who desperately needs time solo to feel normal. But for anyone who’s had at least one nightmarishly drunken night or cringed at the memory of your younger self, albeit on a much lesser scale to Tess’s undoing, you can feel the reality of Tess’s physical and emotional woes like they’re your own at times.

While I didn’t always like Tess, far from it at times, I did feel a great sense of compassion for her and could totally relate to some of her sensibilities and actions when it came to being enthralled by the dark and damaged Jake. Self-conscious moments of faux-maturity like when she went to have oysters by herself and felt like a chic, modern woman while at it, but really only did it so she could feel like the kind of woman who deserved Jake and could tell him about it later was something I could totally relate to in my early twenties. I liked that the book ended on the fall of Tess with only the promise of the rise of Tess, rather than taking the cliched route of ending at a point of redemption, perfection and happiness. It really was the lowest of the low that Tess, who went from naivety to full-on ingratiated, ended up as one of ‘Howard’s girls’ just like the girl she’d pitied at the start of her time in the restaurant. In that instant, I saw a few similarities with The Handmaid’s Tale in a way, with sex seen as a grown-up transaction but ultimately, the woman is punished as the goal posts are moved and Tess is essentially forced to resign after her ‘indiscretion’. I felt more compassionate than ever towards Tess at this point as she seemed almost younger at the end of the novel than at the start, and more angry than ever towards the misochinystic men of the novel. There was quite an anti-feminist moments to the book that felt like they’d slot right into #EverydaySexism. Like when Tess wins an award that Jake tells her is basically awarded to the girl who’s hooked up with the most guys at the restaurant. As so many of us would be, Tess feels ashamed but also gets angry and forces Jake to apologise but this dynamic of men and women in the restaurant was kind of a running theme throughout the whole book.

The real love-story of the book for me wasn’t Jake and Tess, but Simone and Tess. Tess’s infatuation with older, seemingly glamourous Simone is relatable for anyone who’d ever had a girl crush, but from the outside, the cracks in Simone become quickly apparent and there’s a bit of a tragic aura around this, dare I say it, pretentious woman who revels in imparting wisdom to Tess and stringing along Jake since he was an impressionable pre-teen. In one sense, Tess is even more eager to please Simone than Jake which was a refreshing dynamic, but one that is quickly becoming a whole new well-trodden trope for female-led literature.

I think all of us readers would see her exiting the restaurant as the dawn of the newer, brighter future for Tess and the end of the intense year-long stint of lessons, foodie and otherwise. While reading the book, I felt like the characters could be a little vapid and the book slightly glorified the drunken, drug-fuelled coming-of-age-in-Brooklyn story, we’ve all witnessed many times before, but after I finished it the characters really stuck with me and certain scenes of the book were ingrained in my mind. It kind of surprised me in the way it got under my skin in a way other books haven’t, and that definitely deserves an accolade I think.

Let me know what you thought of the book. I loved reading all your insights on The Handmaid’s Tale and while a totally different kind of read, I feel like this book allows for just as much meaty discussion and debate. So let those creative juices flow and unleash that inner book worm in the comments… Also, feel free to disagree with everything I’ve said or reply directly to other commenters. Discussion is always welcome!

Now, for the next book for this month…. This month we’ll be reading Fates & Furies by Lauren Groff. I haven’t finished it yet so I’ll be reading in tandem with you guys. I’m really excited about this book and have heard great things (read the New York Times reviews and Guardian reviews to get a feel for it – just watch out for spoilers). It was a real cult book in 2015 but one I never got round to reading so I’m exciting to finally getting stuck into the lives of married couple Mathilde and Lotto.

Thanks as always if you’re keeping up with the FMN Book Club. Love seeing all your posts about joining in and the books your reading so please keep tagging me on instagram and instagram stories (@lucywilliams02).

See you next month worms! 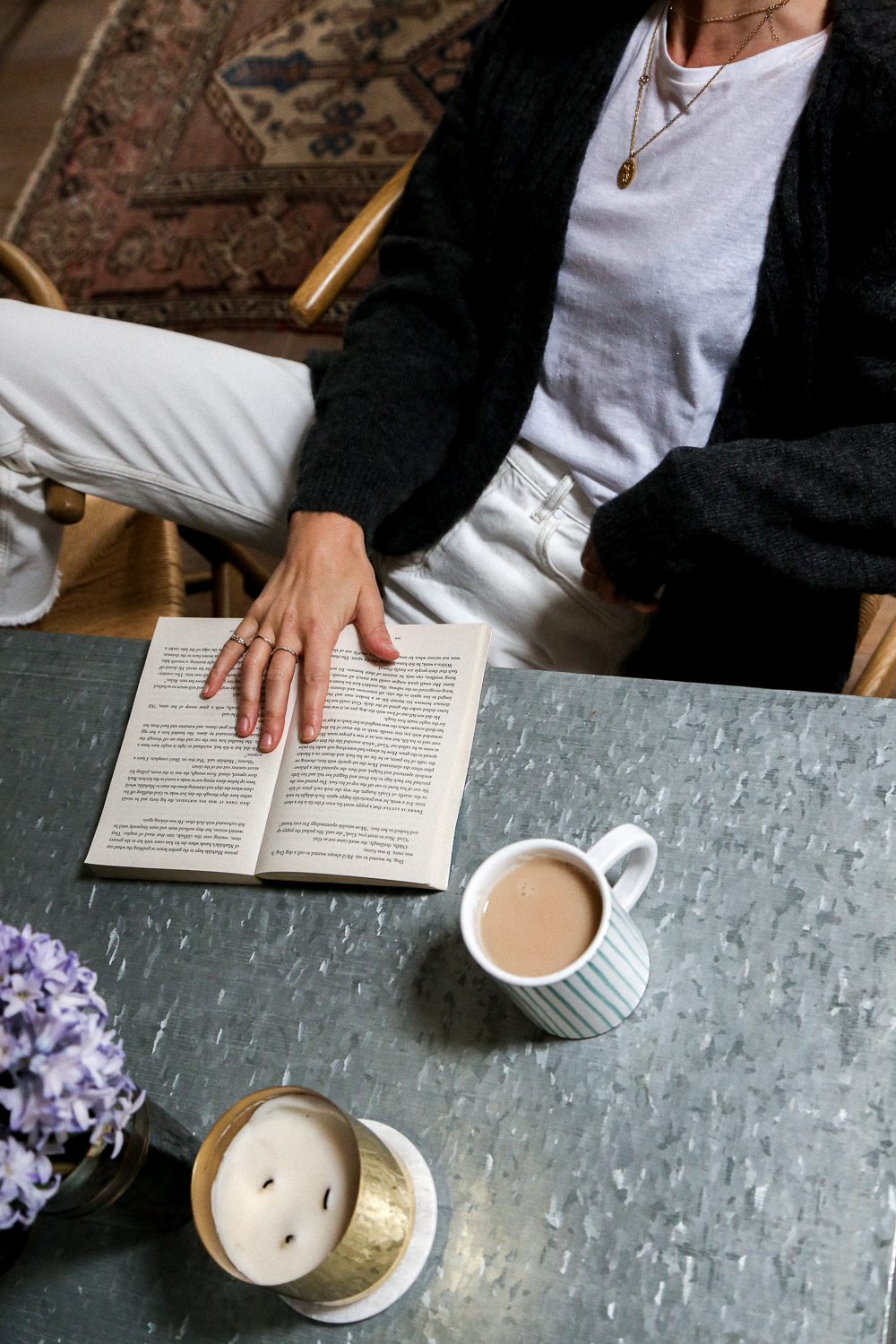 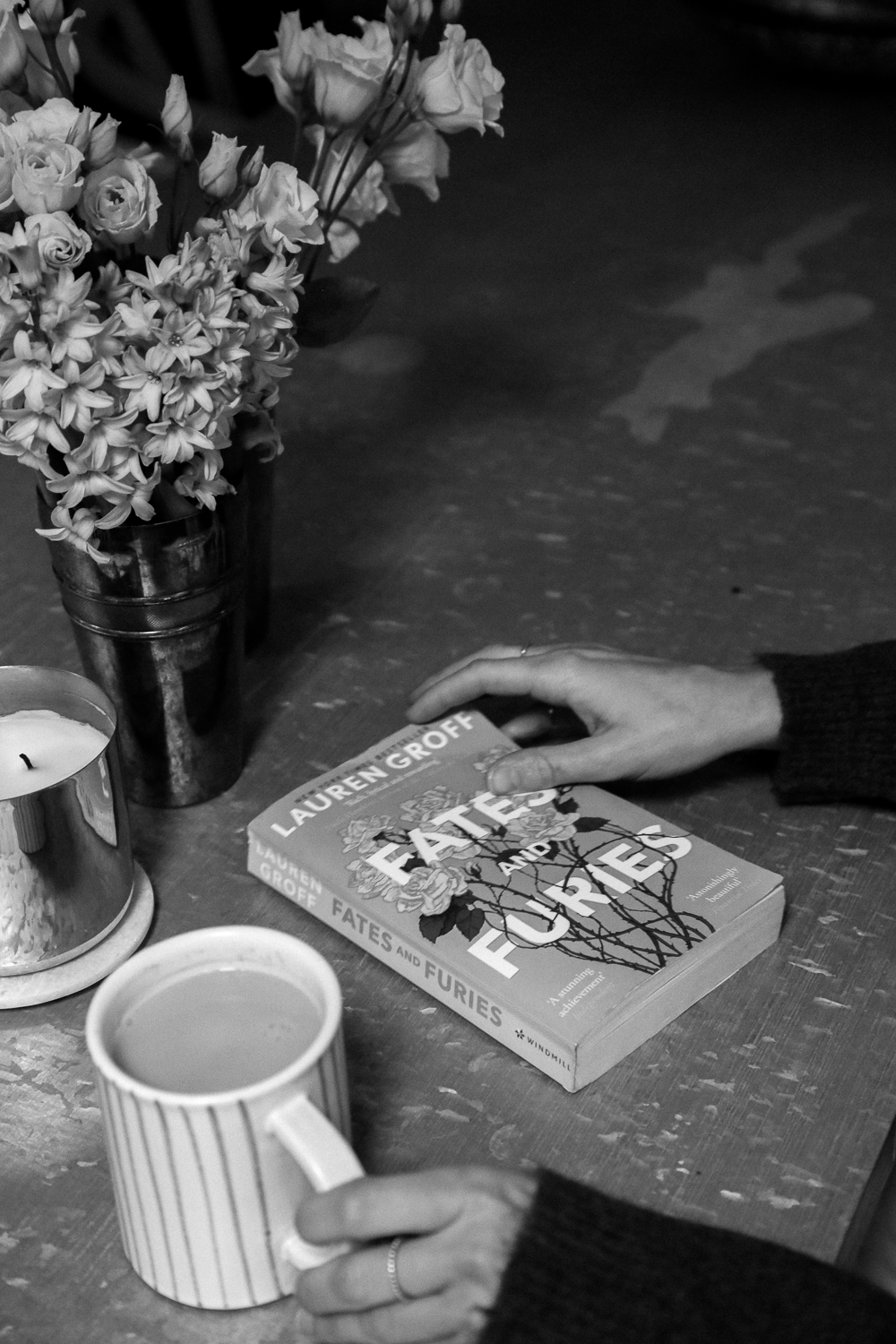 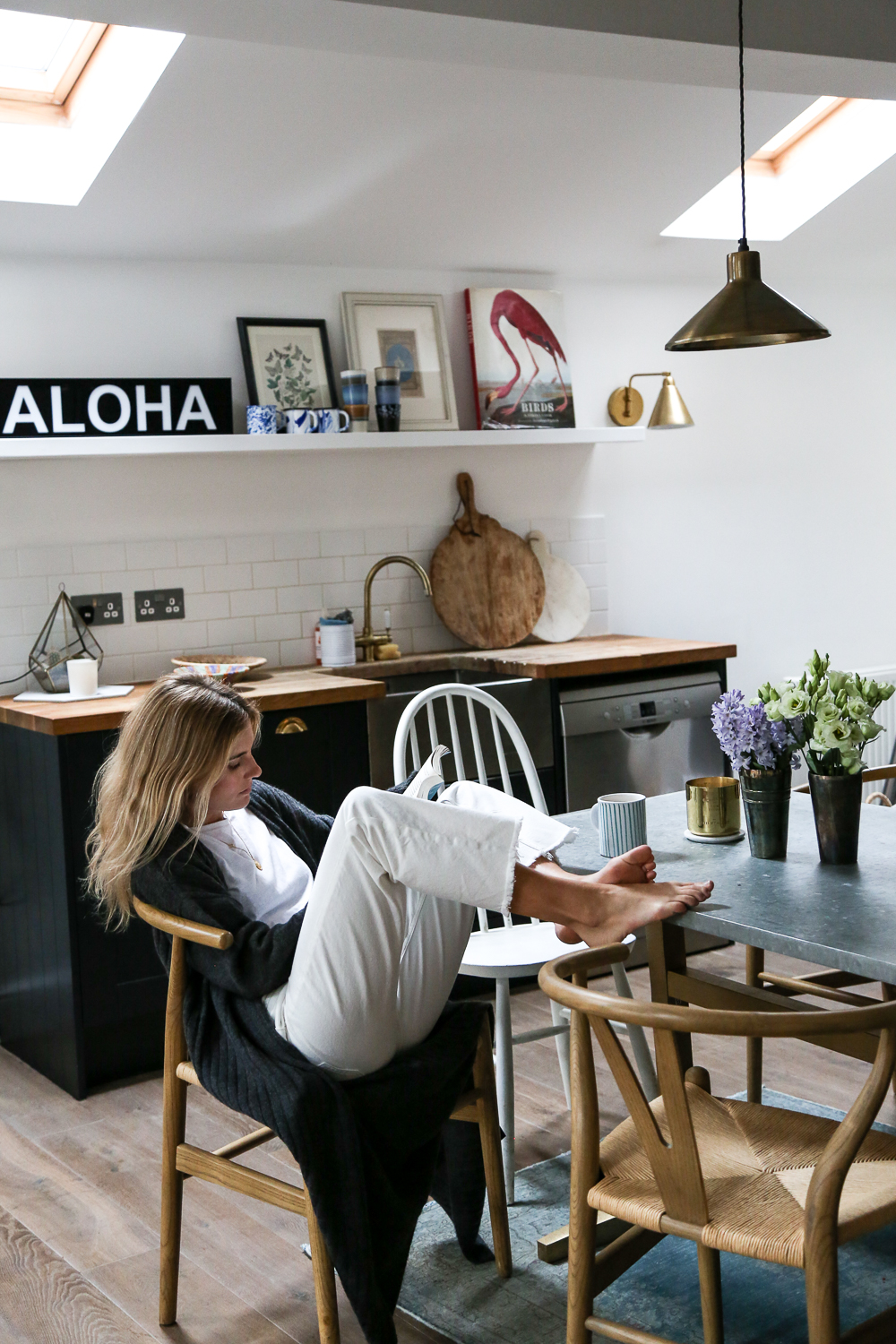