Buying, renovating, decorating and maintaining your own place is a big life step and a sure fire way to bring any commitment-phobe or indecisive hothead out in hives. Having just moved into my first (owned) flat after an 18 month process of searching, offering and doing-upping I thought I’d share a few nuggets of advice I’ve learnt (mostly the hard way) so far. I’m not going to get into money, mortgages and legalities etc here as everyone has different situations and quite honestly, that side of things needs proper experts with qualifications and suits and stuff.

I’ll jut focus on the fun(ish) stuff…. Oh and p.s I will be doing a tour of my own place, but I’m not quite there yet! 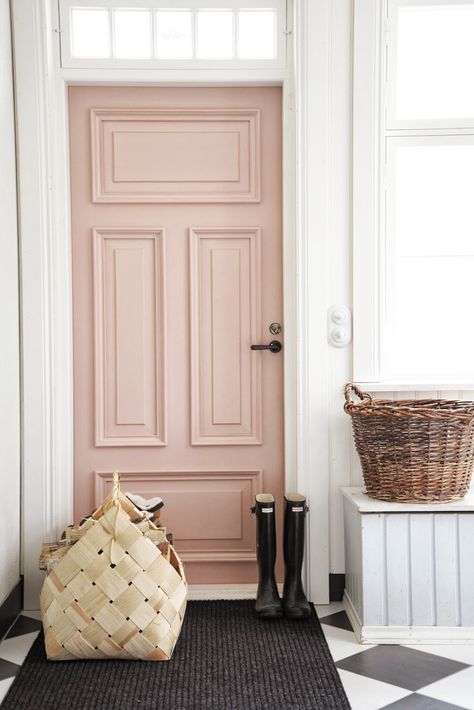 If you’re buying somewhere to actually live in, I fully believe in getting that feeling. It’s a big decision and while you need to be pragmatic, you also need to feel excited and positive about investing in it and living in it. Don’t expect butterflies or love at first sight so much, but an ability to really picture yourself living in there and putting your own stamp on it is key. I saw so many places in the 9 months I was looking; there were two others I was into but never ended up offering on and I’m so glad because as soon as I walked into the one I’ve now bought, I knew it was the one. However don’t let your heart cloud your judgement. It might be ridiculously cosy and have a blossom tree in the garden but think about the boring stuff like damp (London’s plague, along with moths and low water pressure), storage, distance to the tube, the state of the boiler blah blah blah. Fall in love but don’t lose your head pretty much sums it up. 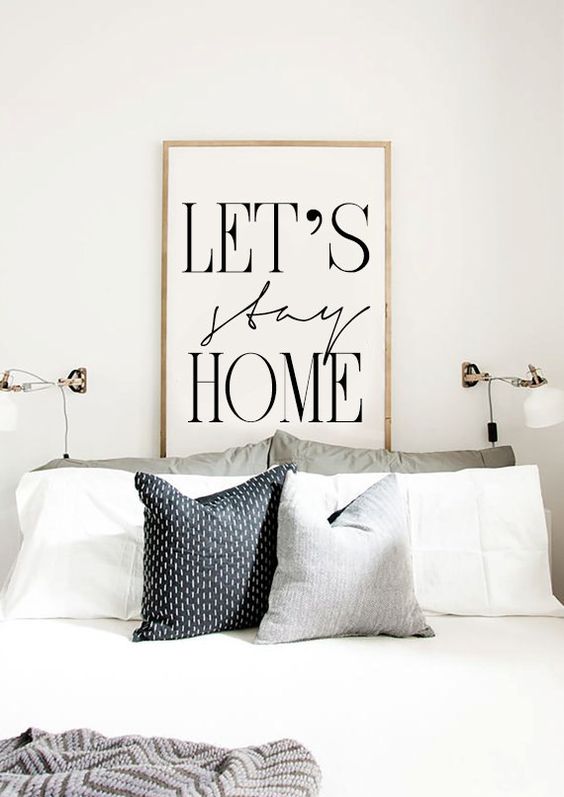 It’s worth remembering that in the U.K at least, estate agents are technically working for the vendor, not you. Don’t make the mistake of treating them like Kirsty and Phil, instead think of them merely as a tour guide on commission. Ask questions, look critically and thoughtfully but save your glee or disgust for after you leave. If it’s very far from what you’re looking for though tell them or they’ll just keep showing you the wrong thing. Some require extra firm handling; one told me she was really excited to show me somewhere on a street she knew I liked only for me to discover on our way there it was £150K over my budget. She claimed it was good to get an idea of what they’d done with the loft conversion but really, it just showed me a beautiful flat that I could never afford and was a waste of both of our time. 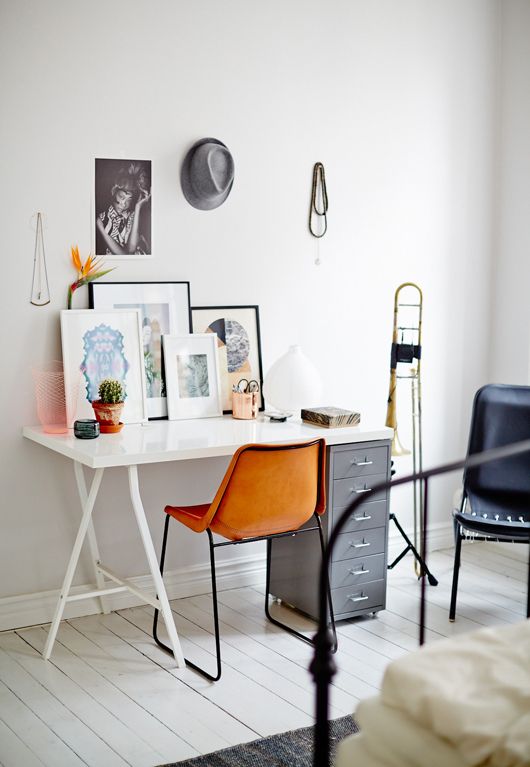 It took me 6 months from having an offer accepted to completing and getting the keys. It fell through 3 times and if it weren’t for impending Brexit doom, I might never have got it. I definitely wasn’t the firmest when it came to negotiating. I did my best but deep down I was terrified of losing my dream flat so didn’t want to rock the boat in anyway. I glazed over things that came out in the buildings survey and didn’t thoroughly check the final fixtures and fittings list only to move in and realise they had taken two antique doors and replaced them with £15 MDF ones. Annoyingly it was legal because they’d added it in biro to the fixtures document and I failed to read through finally. Not the end of the world by any means, but putting these things right took time and money and I realise now I should have pushed back on rather than being in a hurry to exchange no matter what. 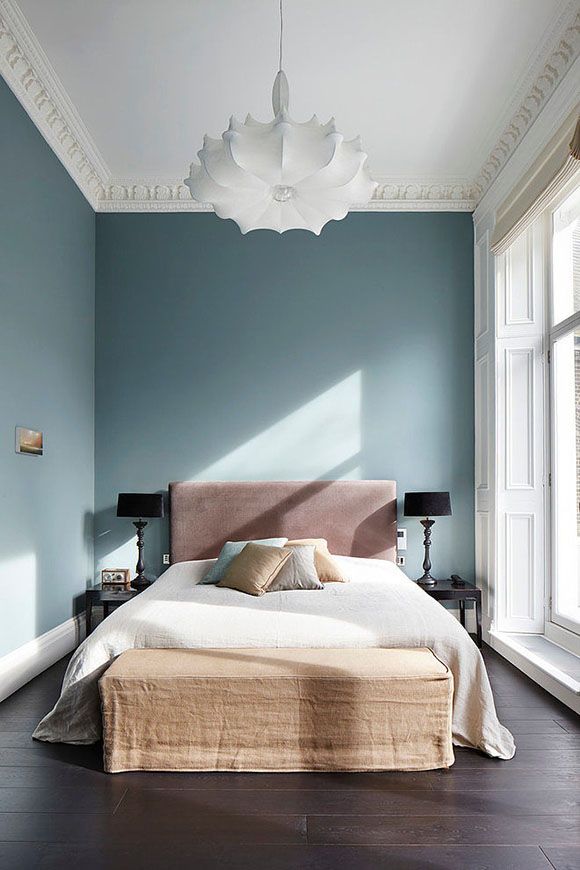 Work Out Who You Actually Are

It’s important to assess your actual priorities rather than trying to tick every box because as we all know, no matter what your budget, it’s unlikely you won’t have to compromise on anything. Yes you want a big place, but are you going to be in a foul mood every day if your commute time doubles? And if you Uber/drive everywhere on the weekend anyway, do you really need to be in that exact postcode you have your eye on? Know who you are as people and work it out from there… We’re all different so while some people want open-plan entertaining spaces, others like small, cosier rooms for different purposes. Likewise, work out whether you and your lifestyle can accommodate doing work to a place. Do you have the desire, vision, time and money to make significant changes to a place, or would you be happier and better moving into somewhere that only needs a lick of paint? I almost offered on a place that would have needed planning permission and a year’s worth of work but I realised I just didn’t have that level of work in me at this stage in my life and I’m so glad I saw sense before it was too late. 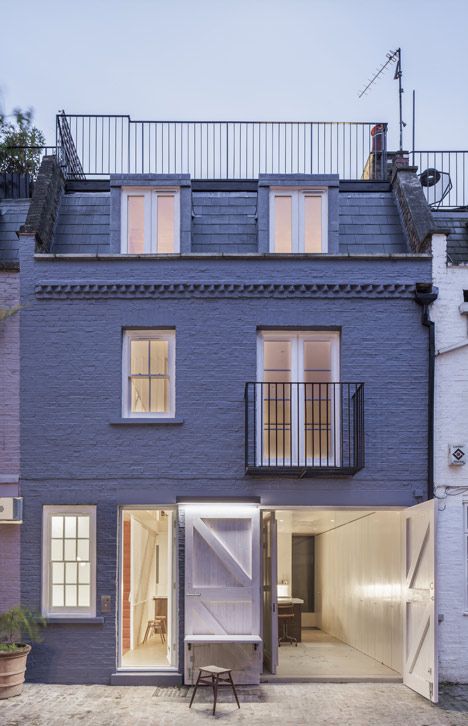 If you’re doing work to a place, get a budget in mind (one you can actually afford and not one that you’re going to figure out along the way) and then add some on top because it will always be more than you think. If your builder offers to get stuff for you and do extra jobs or you keep adding bits and pieces to the plan, remember all that stuff will normally end up in an invoice. Work out from the start what you want to spend on and what you’re happy to save on. I did a marble bathroom but I kept the fixtures chrome rather than brass (what I originally wanted) and kept the bath and loo that was there originally to try and keep costs down a bit for example. Work out what you can live with and adapt vs what is non-negotiable. Can that kitchen be painted and have the handles changed rather than putting in a new one? Could you live with the bathroom floor and just change the tiles and lighting to spruce it up? 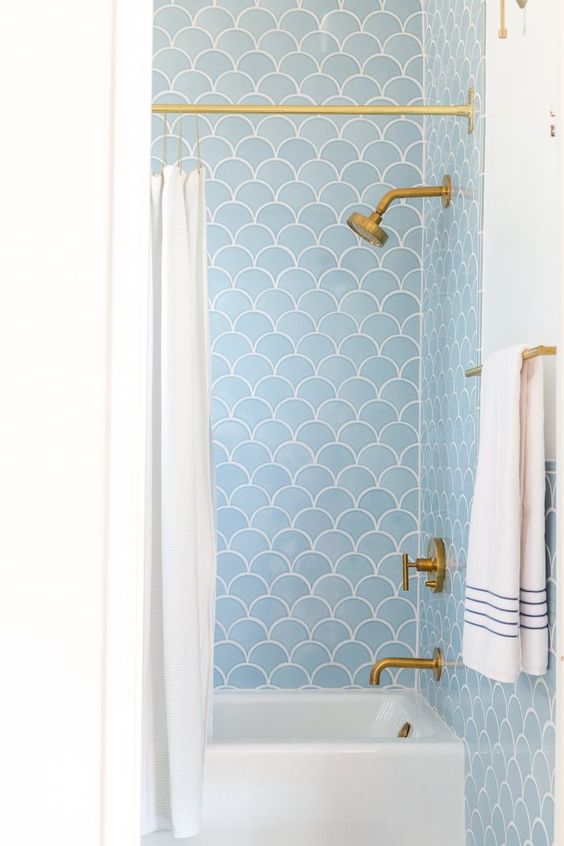 Your Electrician Is Not An Interior Designer

It’s worth remembering that for the most part, your electrician/builder/carpenter will do exactly what they are told so don’t expect them to have creative vision and flair. You’ll need to decide on the exact specifics from where those light fittings go, how long the flex is, where the light switches go etc etc. Sounds obvious maybe but worth pointing out! Your painter/decorator should be able to advise on paint finishes but they’re not going to be your point of call for what goes with what so if you’re after validation, speak to friends with similar taste instead. 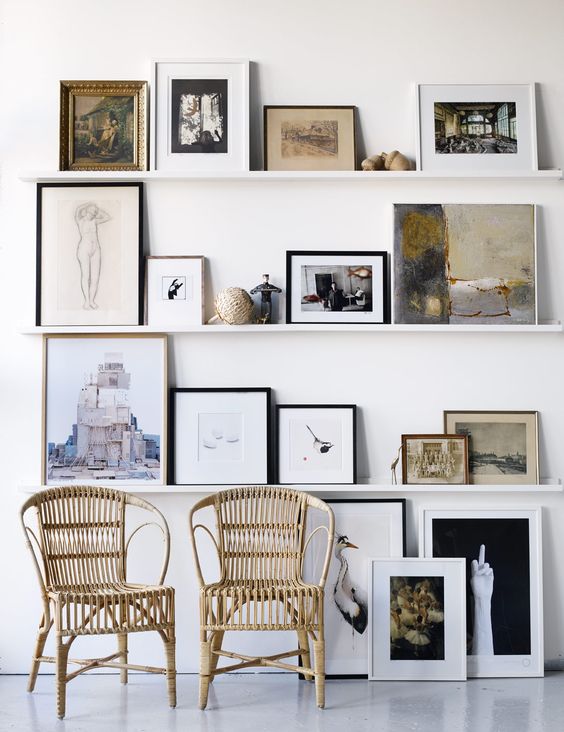 Take Risks but Keep it Classic

Don’t play it overly safe and paint your entire place some shade of milky porridge because you’re scared (do it if that’s what you really want by all means), but equally beware of going for something you’ll grow out of or could potentially hate in a few years when it’s no longer trending on Pinterest. Paint is worth really thinking about and makes a huge difference to rooms but equally, it can be changed after a year or two. I painted my hallway a deep navy (Farrow & Ball Hague Blue) which was the best decision and I love it, but some people were a little hesitant when I told them of my plans. It’s a dark, narrow hallway so I think people thought it was going to feel extra dark but I knew I needed to embrace the darkness and just make it dramatic and intimate. Plus it makes every other room feel really light and big when you walk into them off the hallway. While I was (fairly) confident, I also knew that it was only paint and could be fixed if it really didn’t work. On the flip side, I ended up splurging on a marble-floored bathroom (yes I’m slightly obsessed) despite trying my best to convince myself of cheaper patterned Victorian tiles. I realised I wanted my bathroom to be a bit of a sanctuary and feel calm, zen and generally be all the things I’m not. It feels classic and modern all at once and I know it won’t date or ever make my eyes hurt looking at it. 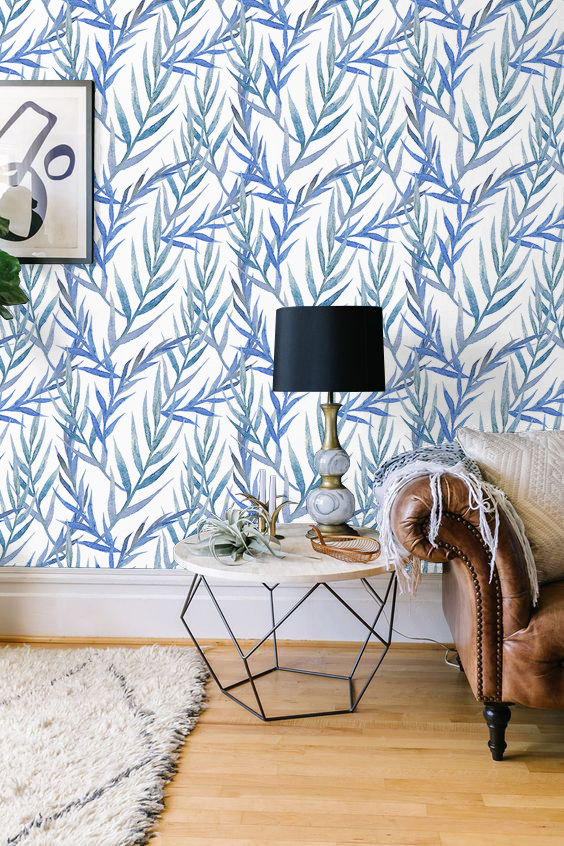 Accept It Will Take Time

I like things to just get done and am terrible at the whole ‘just live in it and do it after time’ theory. But I’ve learnt that really is key. After getting overly excited at the beginning and buying a few prints and ceramics (that are fairly useless when you first move if I’m honest), I focused on the basics before we moved. Carpet, curtains, flooring, painting, lighting; all the stuff that requires holes in walls or furniture to be moved. If you can and the rest of it hasn’t bled you dry, order the basics like your sofa and bed (the most expensive pieces of furniture you’ll likely be buying) well in advance so you can sleep and watch netflix (vital) and let the rest accumulate over  time as your savings replenish. Equally, I thought the work I was doing was just cosmetic (no extensions or loft conversions) and yet it has taken over double the amount of time we originally planned…. If your builder/architect/friend with a hammer says two months, I would plan in a minimum of three if only for your only sanity and to prevent extra disappointment and stress. 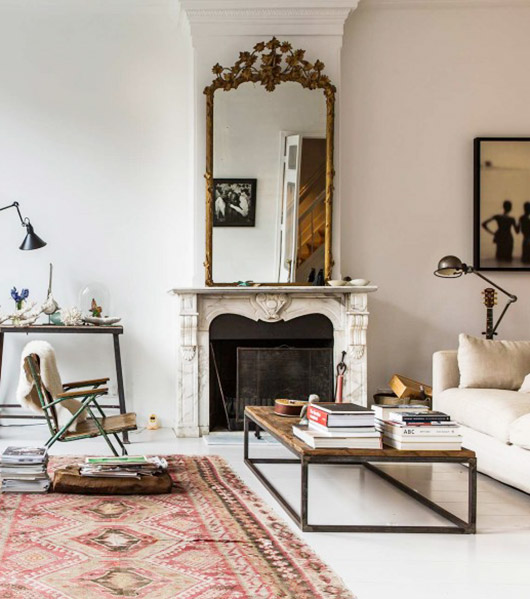 While I’ve loved putting my own stamp on a place, I also 100% turned into a monster. It consumed my thoughts and my stress levels went through the roof as invoices started coming out of my ears and the pressure of making expensive decisions really weighed on me. This was the first thing I’ve really spent proper cash on if I’m honest… But you have to think about what you happily spend on holidays/handbags/hasselblads (choose your poison) and realise that theoretically, as long as you spend wisely, one day you’ll get this money back when you sell. Plus it’s somewhere you’ll be spending time in near to everyday and in many respects it dictates your mood, so if that doesn’t make it worth a bit of TLC I don’t know what does. I was that horrible person that was talking about paint and carpets and lighting to anyone that would listen (apologies to all those people that didn’t want to and big love to all those fellow crazies who love talking about this shit too). 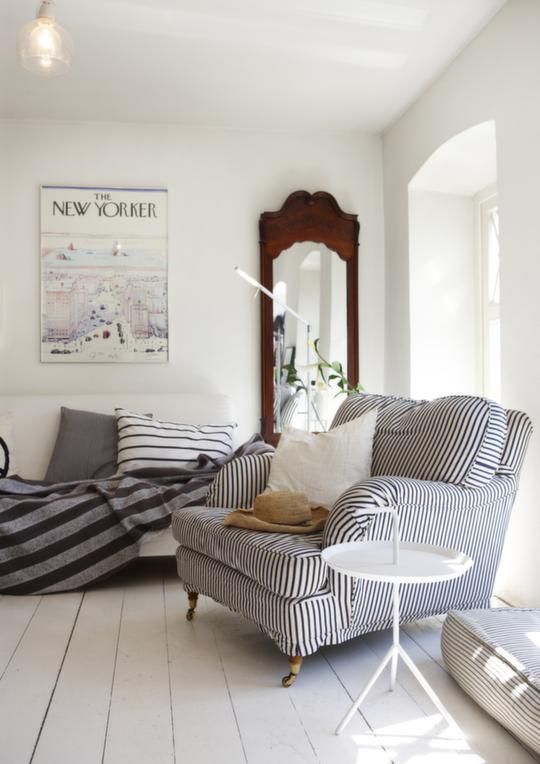