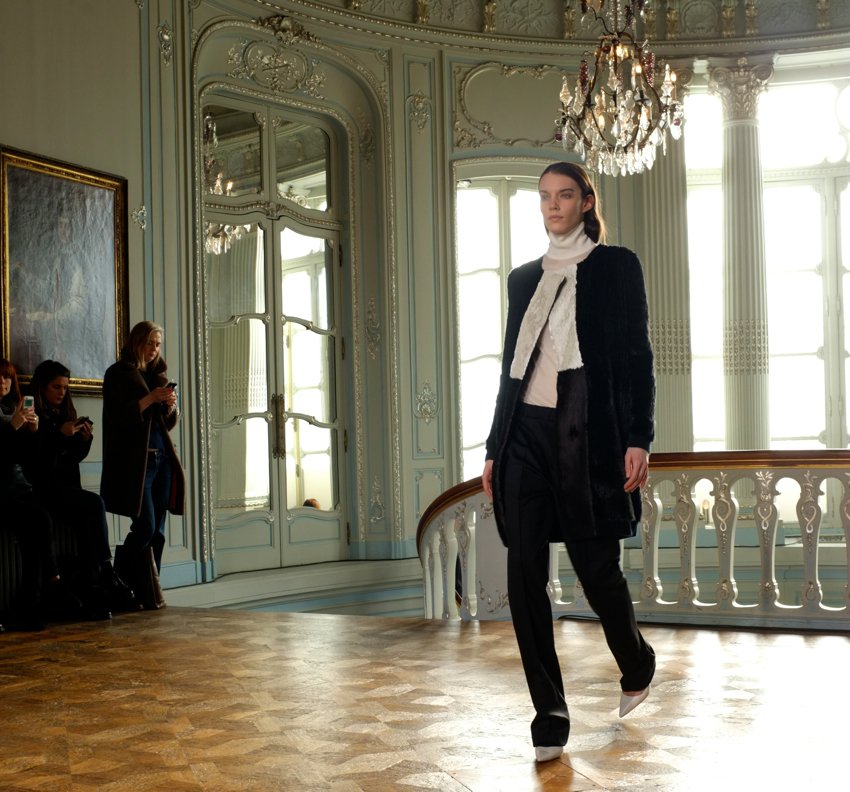 ‘Fabric innovation’ was the buzz-phrase at Pringle this season, as creative director Massimo Nicosia experimented with (everyone’s favourite buzz) 3D printing for a stunning result befitting of the brand’s 200th anniversary. My experience of 3D printed garments so far has made me a bit skeptical; it’s either purely practical and subsequently a little dull, or super futuristic in the vein of StarTrek costumes which, while impressive, doesn’t push my sartorial buttons. So Pringle’s new collection was something of a revelation, especially as I totally forgot about the technology involved in producing it as the sleek, minimal looks took to the beautiful Mayfair salon. Wearable, contemporary and very, very covetable, this was an example of innovation being used in a really accessible way.  As with ethical fashion (another 2014 buzzword and something I’m becoming increasingly passionate about), 3D printing and similarly techy new processes need to be secondary to the design itself – they’re no less important of course, far from it, but ultimately we all want great-looking clothes that make us feel good. We’re only human after all….
Pringle didn’t disappoint; anyone like me who’s automatic reflex is to reach for the grey would feel at home in this collection. And if you’re into turtle-necks, layered textures and a bit of androgyny too.. well you’re pretty much set with this one. Knitwear was still the central focus of the heritage brand known, once upon a time, for its argyle sweaters; ribbing, looping, appliqué and thick woven cashmere had us all itching to reach out and touch the creations walking past (the mottled black and while loop-stitch coat was particularly tempting!). The light-filled, fresco-covered salon in which the show was held was just the icing on the cake for a real highlight of the weekend, and I’m already looking forward to seeing what’s in store from Pringle next season. 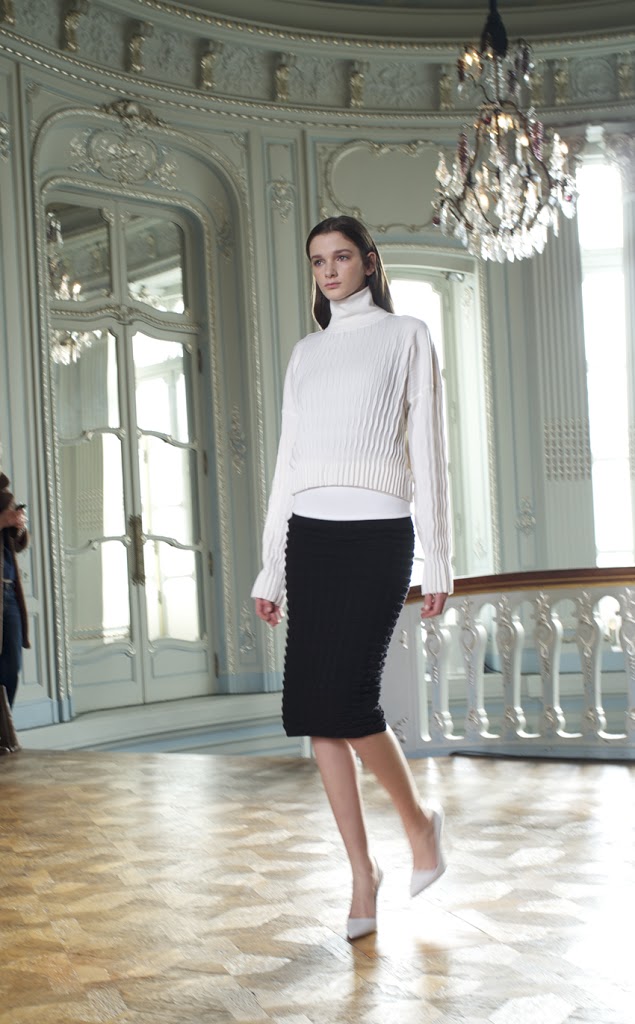 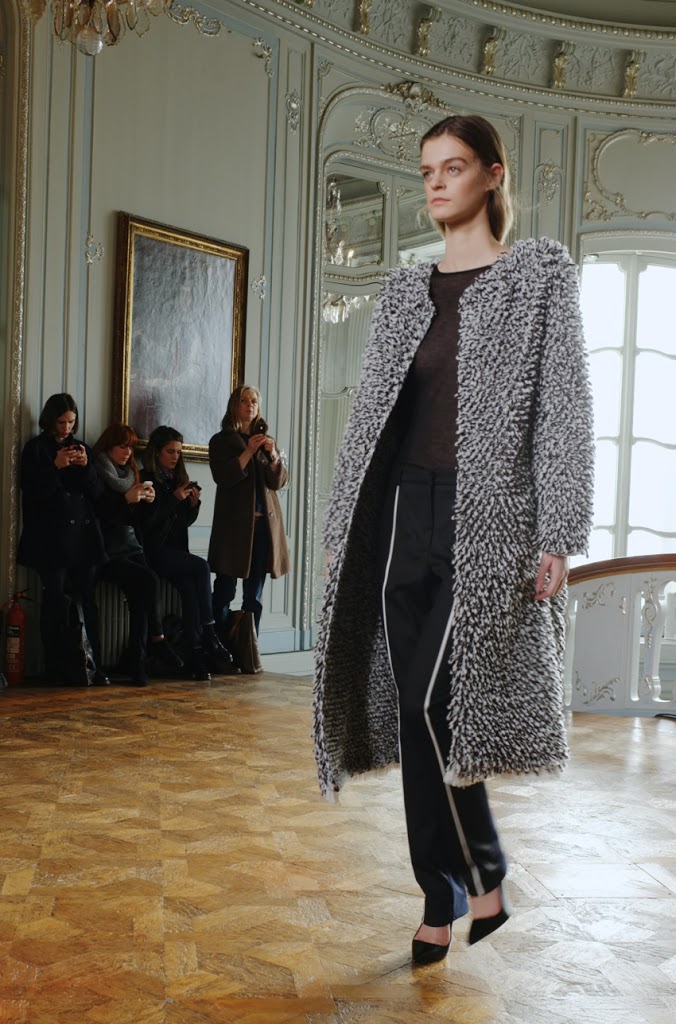 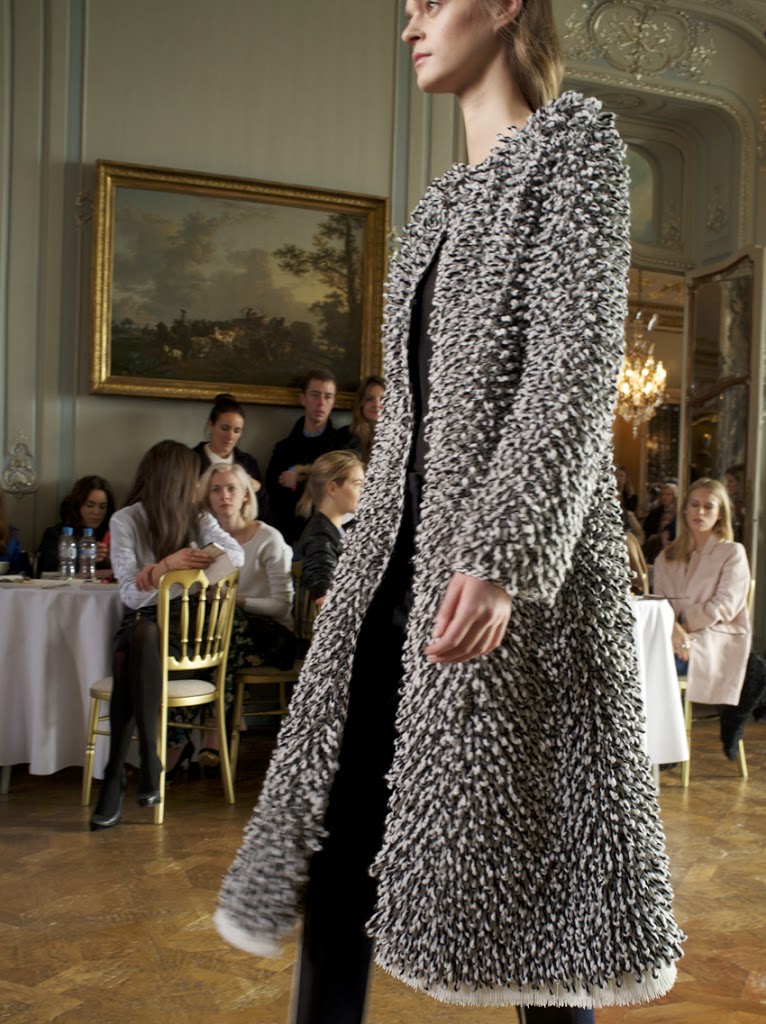 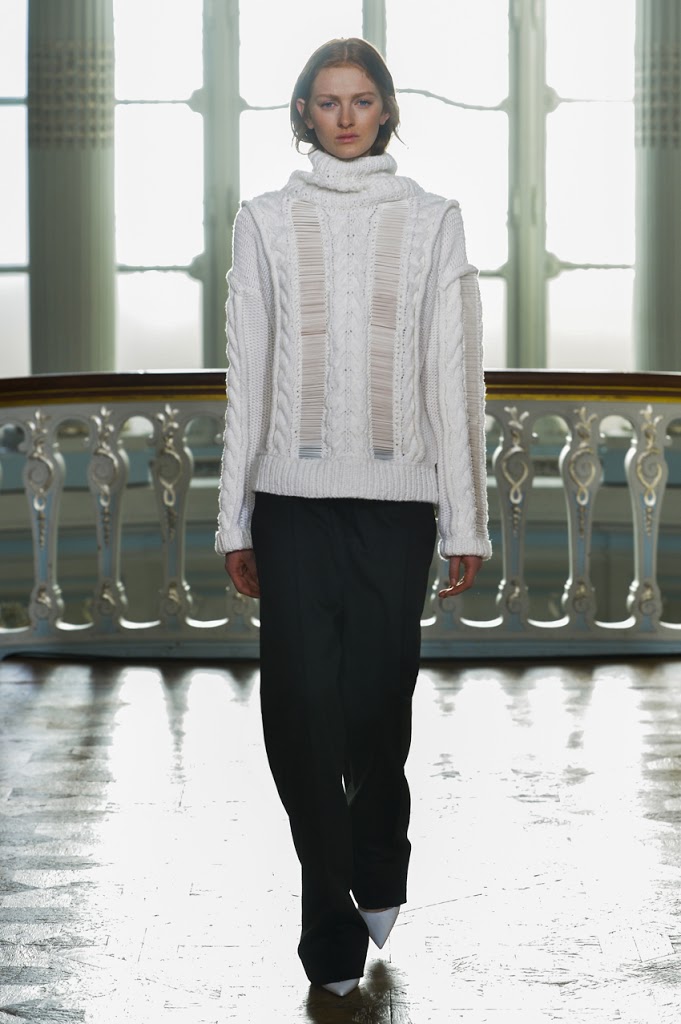 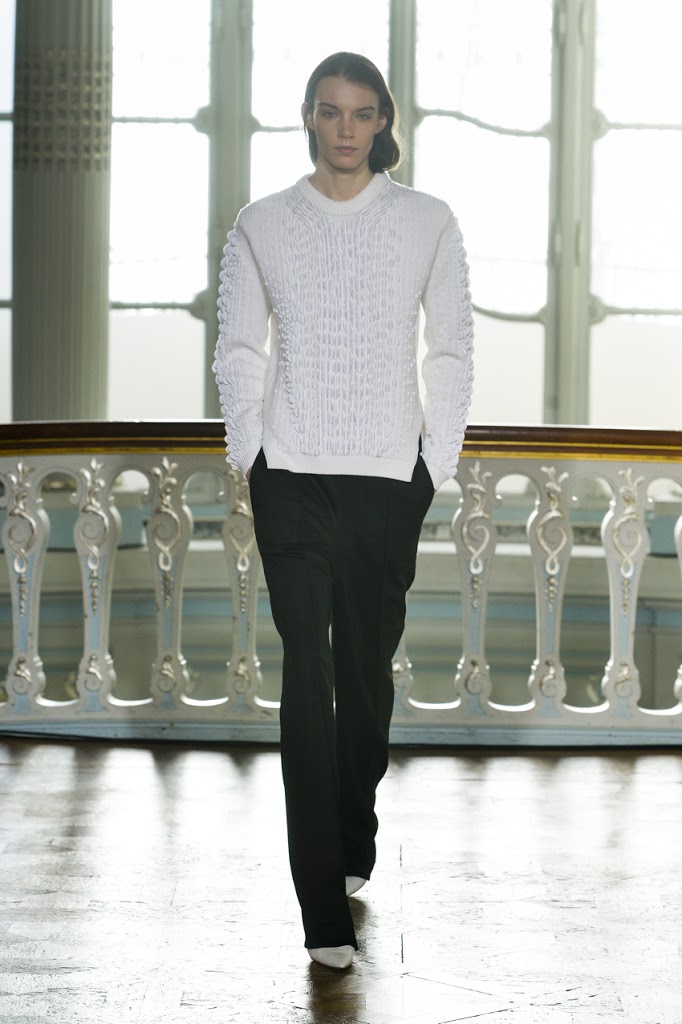 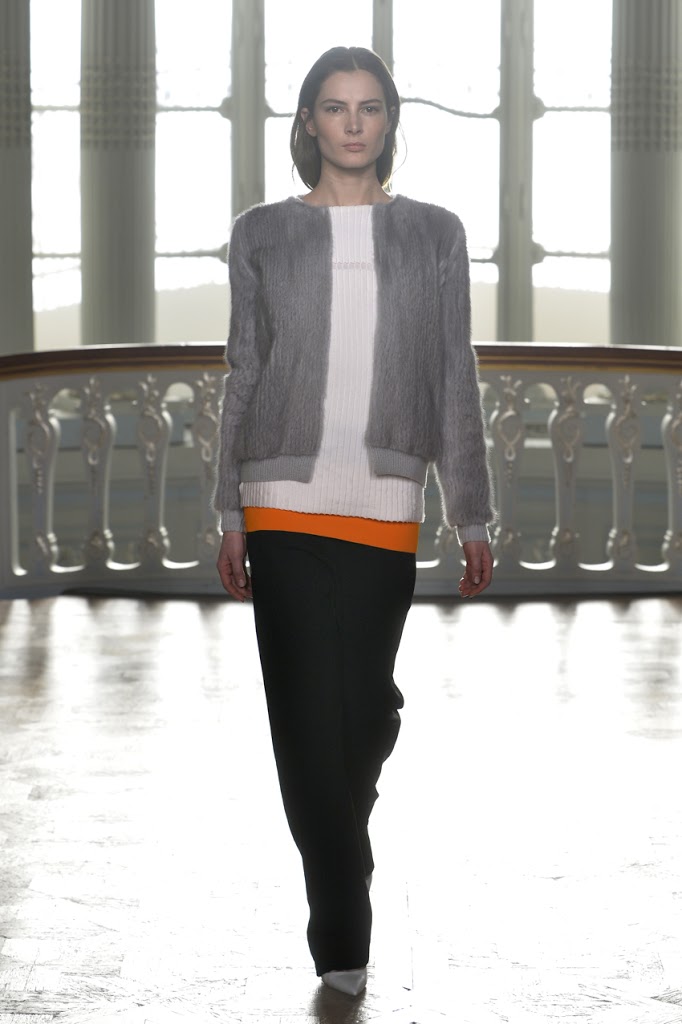 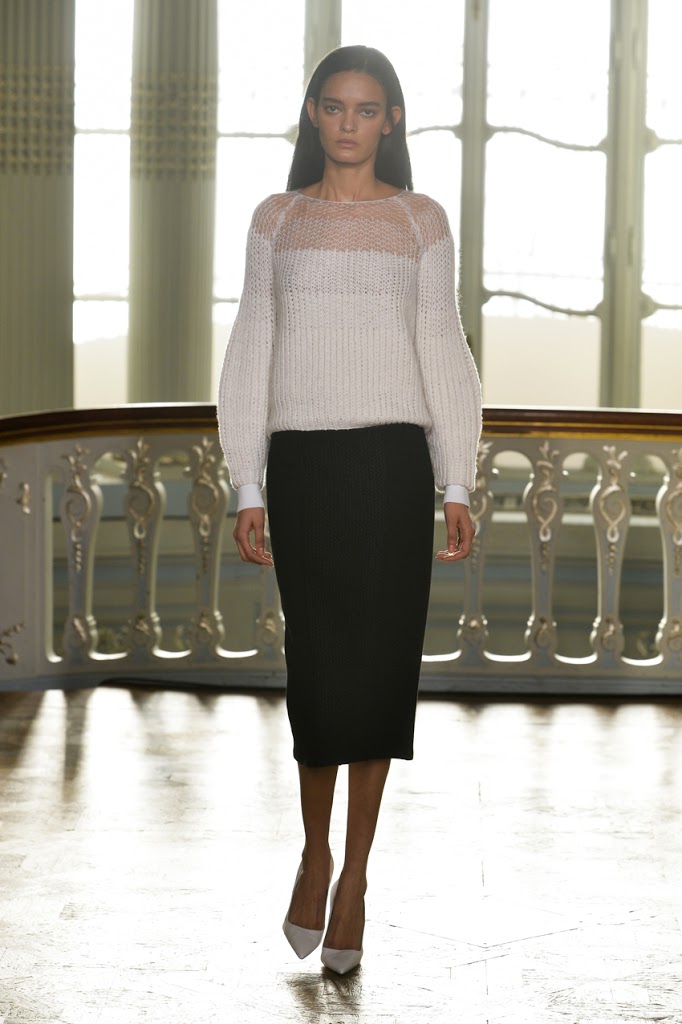 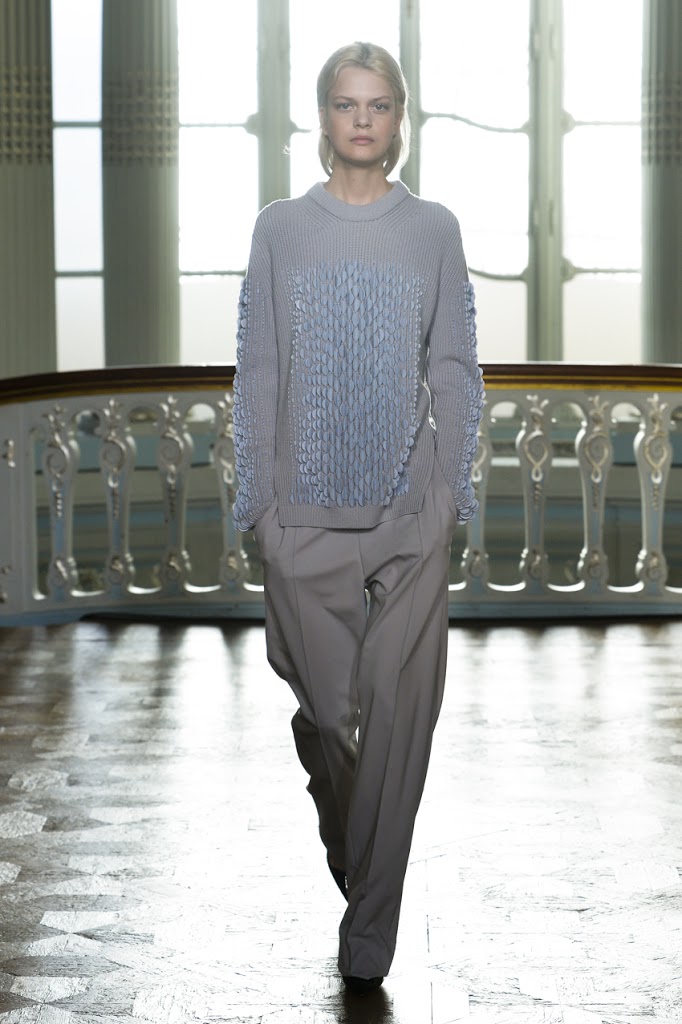 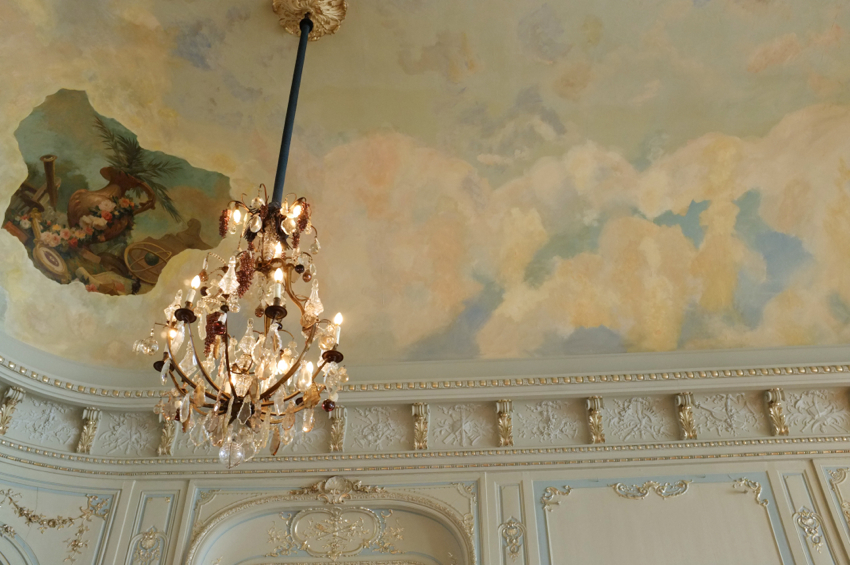 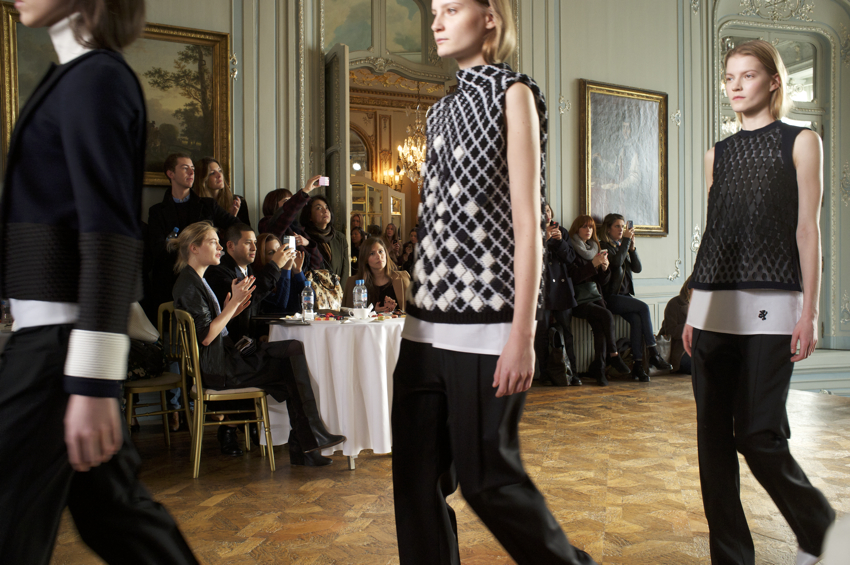 Ph. by myself and Pringle. All rights reserved.
Note | While this post was sponsored by Pringle, all views, thoughts and words are my own.