A Life Less Ordinary:Couture for the Next Generations 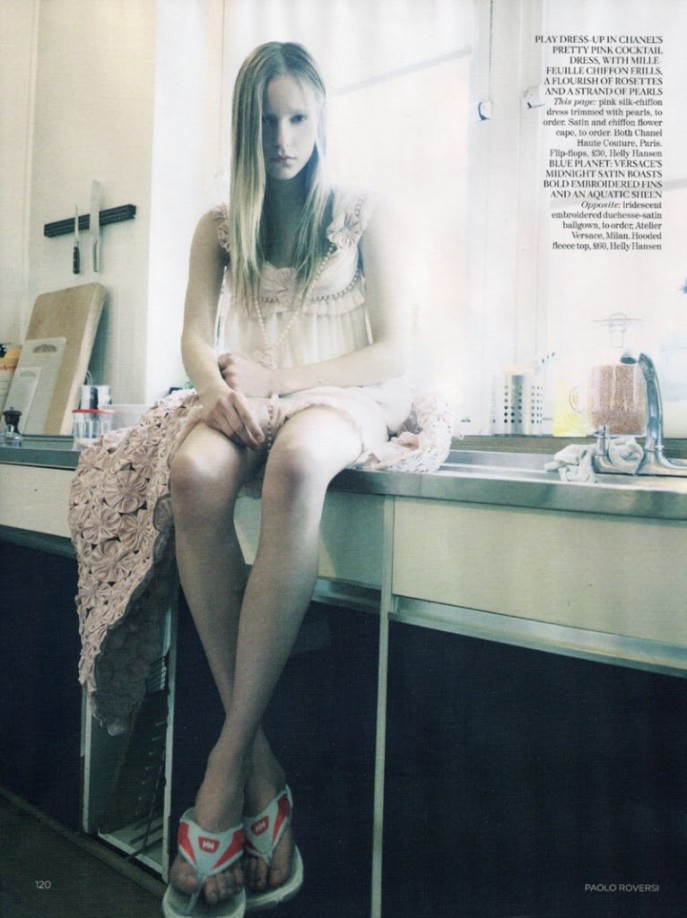 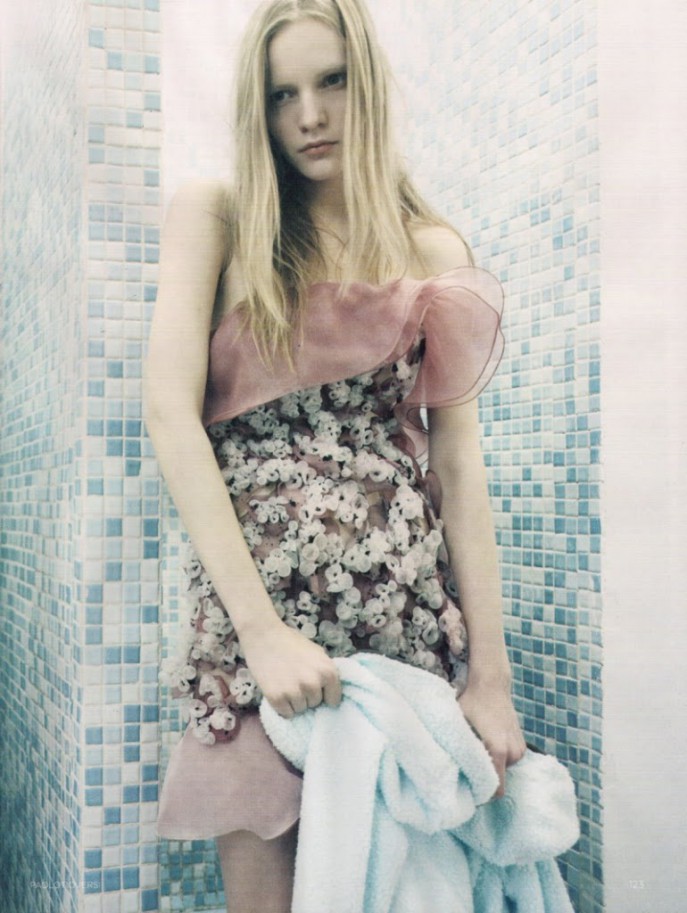 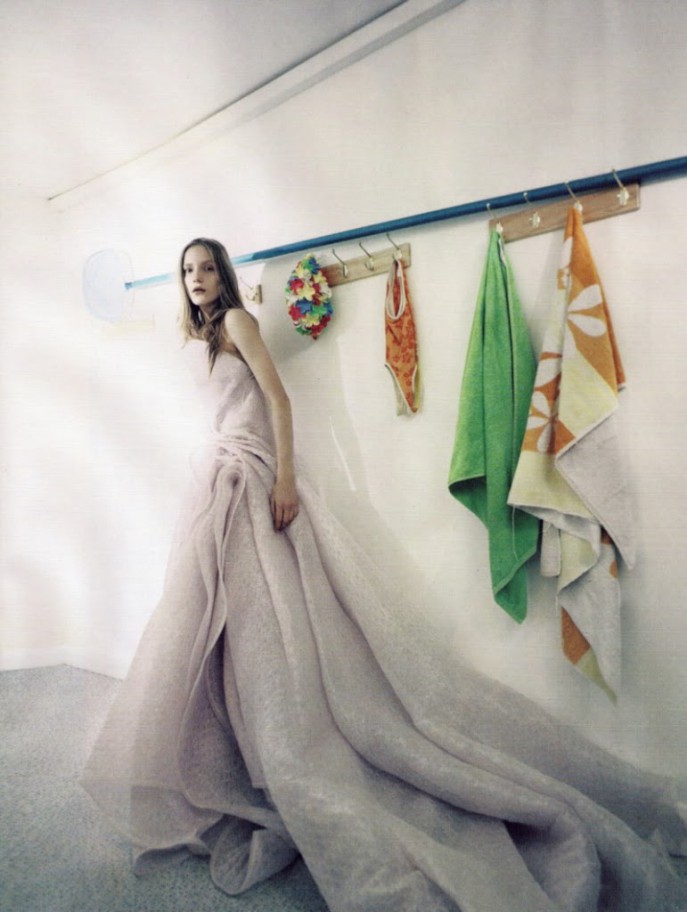 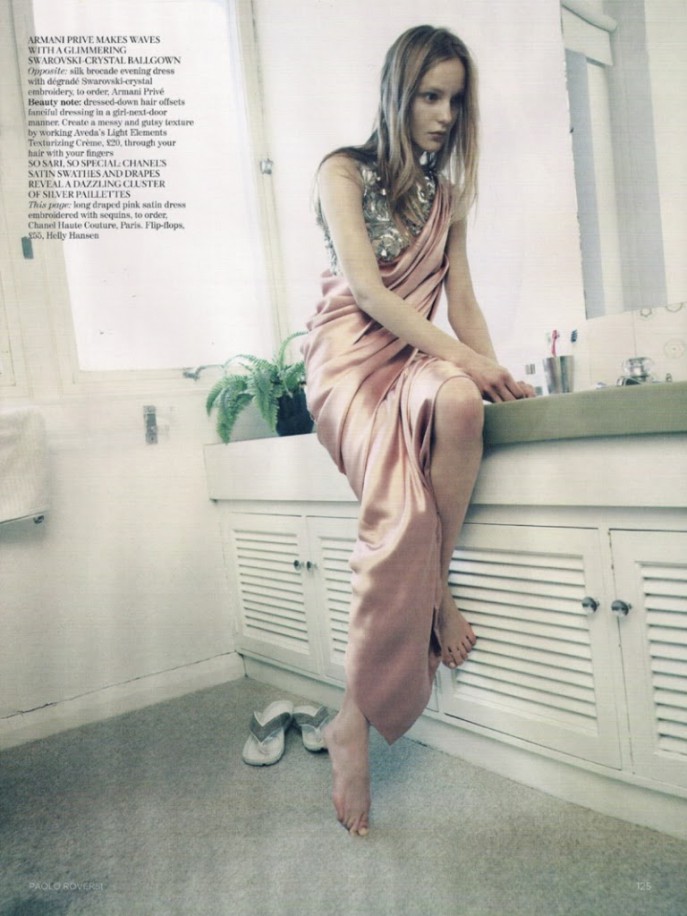 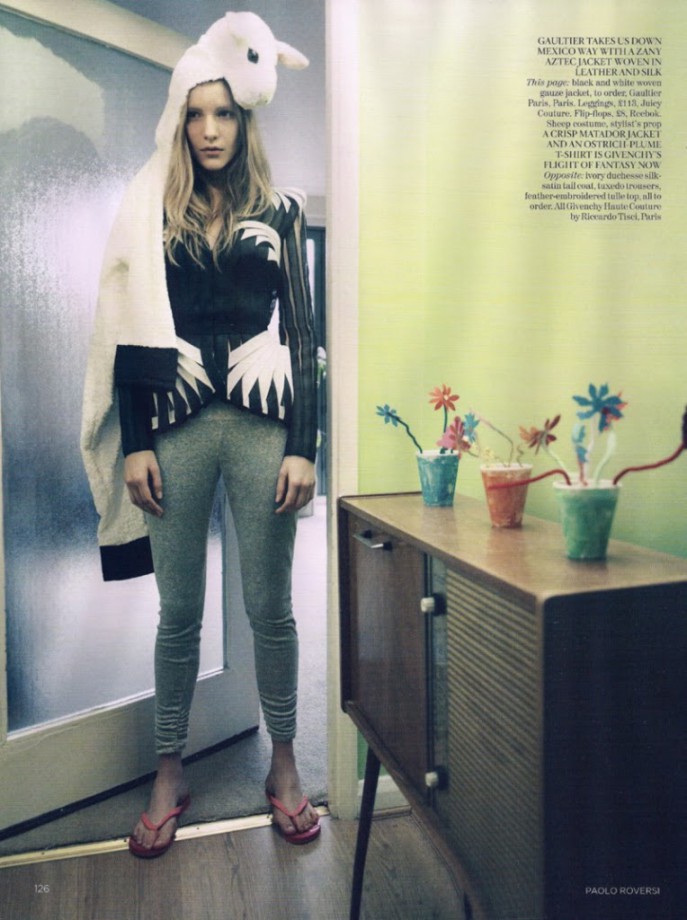 I was totally transfixed by this editorial in U.K Vogue’s May’ issue.  Dorothea gives the whole thing an almost eery innocence-made me thing of a girl in small town America waiting for her prom date…actually it’s so forlorn, I feel she’s getting stood up (but who’d care if you wearing that Elie saab to your prom).  There’s something almost sinister about the shots in the bathroom and the knives in the backdrop of the kitchen shot which makes it even more beguiling-one of the most modern takes on couture I’ve seen in a while.  It’s weird, not many seem to like this editorial so I guess I’m in the minority but I thought I’d post anyway as i think it’s really different from anything I’ve posted before.
Hope you’ll agree and find a kind of spooky wonder in it like me!
Photography:Paolo Roversi
Compiled/styled by Lucinda Chambers
images:fashiongonerogue